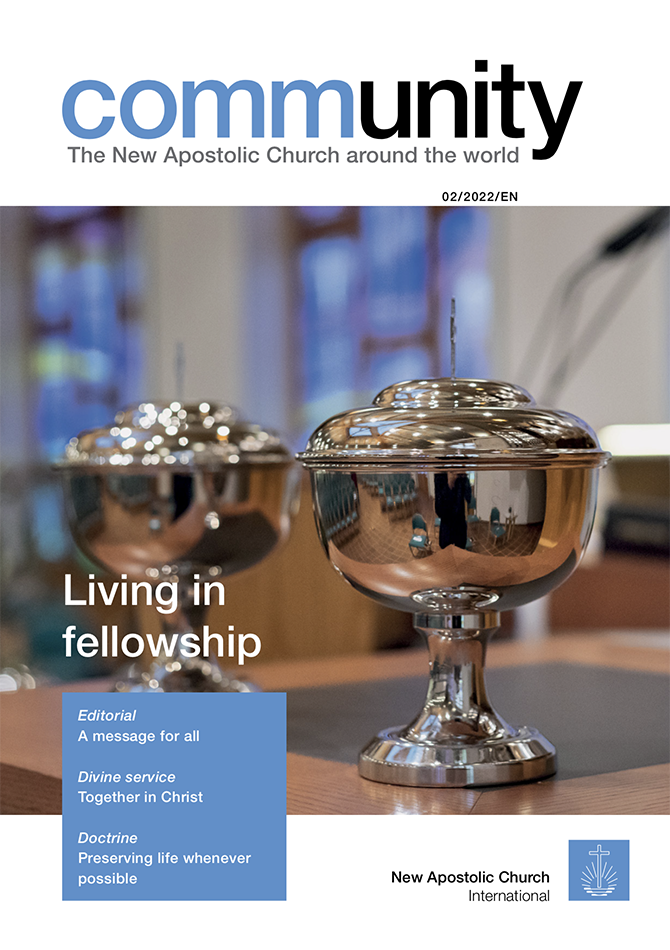 14/15th November 2015.  For many years today’s retired Apostle, David Thang labored and established congregations in his native Chin State and many other areas in northwestern Myanmar, near the Indian Border. Yet the Church activities were highly restricted and Foreign Brother among them also  District Apostles could only visit a very few congregations besides the capital Yangon.

Things have changed. In 2013, one year after the retirement of Ap. David Thang, the  Ap. Fred Wolf and Bh. Samuel Thansatikno could visit places so far closed to visitors. They found the congregations very active and lively despite of many years isolation.

Today Myanmar has reached a very high level of freedom which is evident in last week’s  election, considered as the accomplishment  of full democracy for the country, a process which took place in peace.

For the first time a District Apostle could now hold services and needless to say the joy was great. The first stop was our Kalemyo Church  where the Brothers and wives in the ministry gathered. The word from Psalm 100:2

serve the Lord with gladness

was most appropriate because serving in freedom without restrictions is a special joy.

Travelling up towards the Indian border the District Apostle with his traveling companions reached the Kanaan congregation. Over 200 welcomed them and were subsequently served with a quotation from 2. Corinthians 1:21-22, reaffirming the calling to be God’s property:

1981 this congregation was founded in Tlortang but soon after all moved to Kanaan where 1991 a church made of hard wood was built.  The Evangelist Van Huai Thang for many years remained faithful and cared for the souls. Now he could enter into retirement being 74 years old.

After a short visit to greet members at the Sakhankyi congregation another service was conducted at the Kalemyo Church. 1. Corinthians 16:9.

A most timely message from our Chief Apostle.

A children orchestra of 6 Violins from Yangon congregation travelled 15 hours one way to add joy to the festive gatherings.

Truly, Myanmar has a brighter future than ever before, with a greater potential to introduce  Jesus Christ to many souls. Naturally economic challenges still are faced by many of our members.

Yet the promise of Christ, that by seeking Him first will add anything else.

Shepherd  Htan Shin Pyaung called Matthew is today’s National Rector. The name Matthew was given by the District Apostle Hebeisen some years ago because his job was the one of a Customs Tax collector. He married Rebekka, the daughter of the retired Ap. David and his wife Lilly. They have one daughter and adopted 4 orphans. Together they work hand in hand for the Lord’s work.